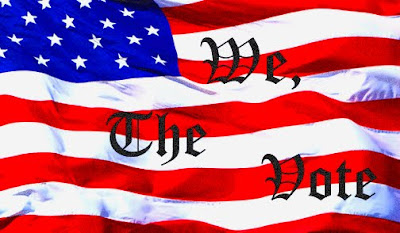 WeTheVote.org
Is available for short-term or even long-term rental.

--Powerful and catchy slogan, which echoes the cornerstone of U.S. democracy: "We, The People," for We, The People, are truly empowered by our right to vote.

--We, the Vote: three-word term, 9 letters, each word short and only one syllable.

--Implicit call-to-action. Although there is no actual verb, the term itself suggests an action: To exercise our power and right at the polls.

--We = All inclusive and refers to ALL voters. Refers to your intended audience, all eligible U.S. voters; places the responsibility on perspective voters.

--The Vote = Refers to the ultimate right that U.S. citizens enjoy. We TRULY are The Vote, the bloc who can decide the future of our country.

--.org, the most trusted extension on the internet.

--WeTheVote.com, the most popular extension on the internet, is also available.

--Great for display on TV, even 10 or 15 second spots! Intuitive term, a bold statement for all political parties AND voting organizations to embrace during election season.

--For radio spots and robo-calling, passes the pronunciation test.

Rental is available for 1 to 12 months.

--Domain name is designated to your website hosting's nameservers, where you have complete technical control of your website, for the duration of your rental period.

or
--Redirected to your existing website, with the domain WeTheVote.org redirecting to it.

This is a public service or political party domain name that promotes voting and voting campaigns (or for any other voting project that you might have in mind).

For more information, please email.
*
Posted by Jennifer at 12:29 PM